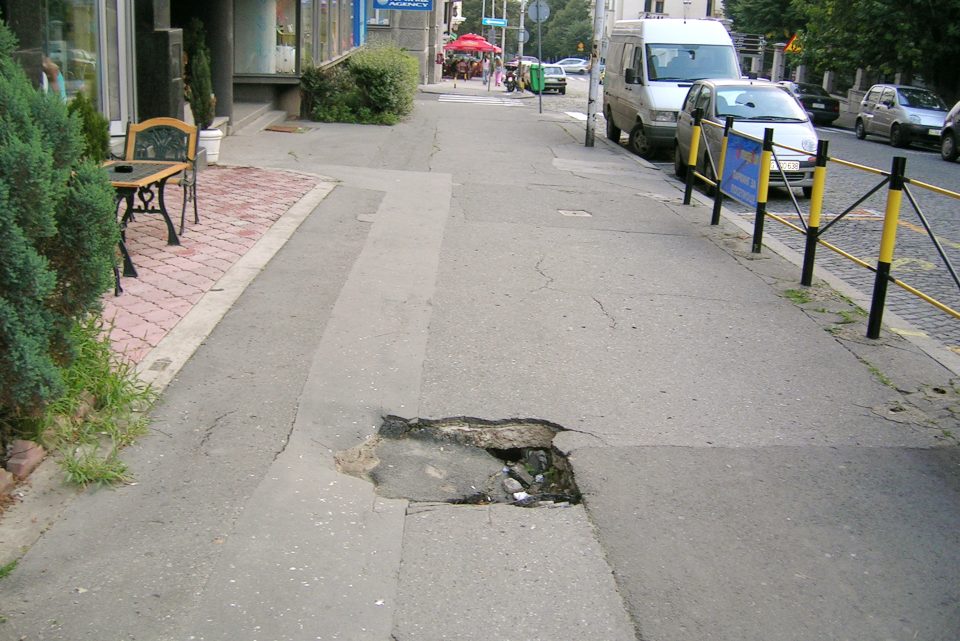 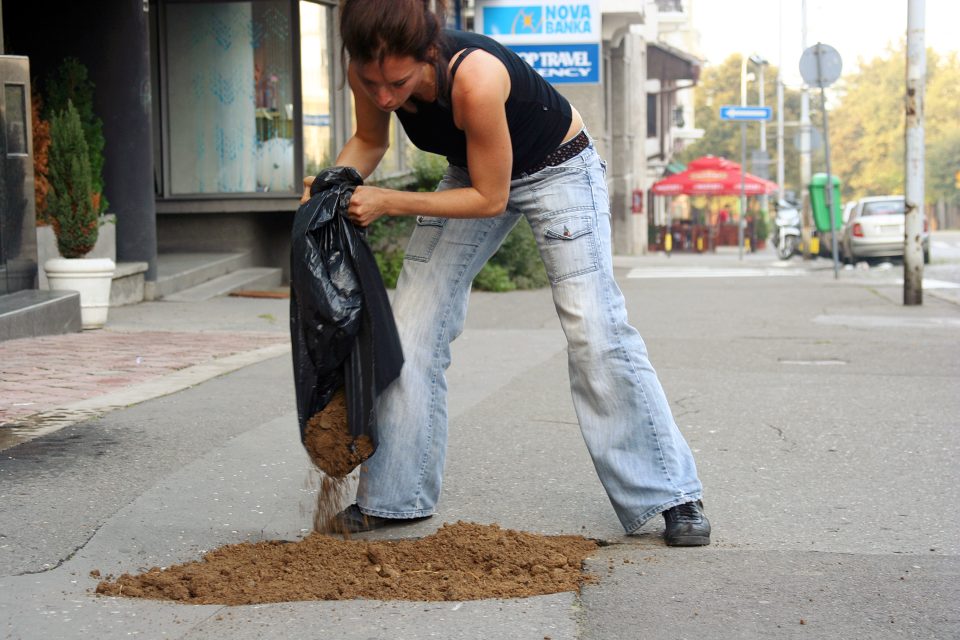 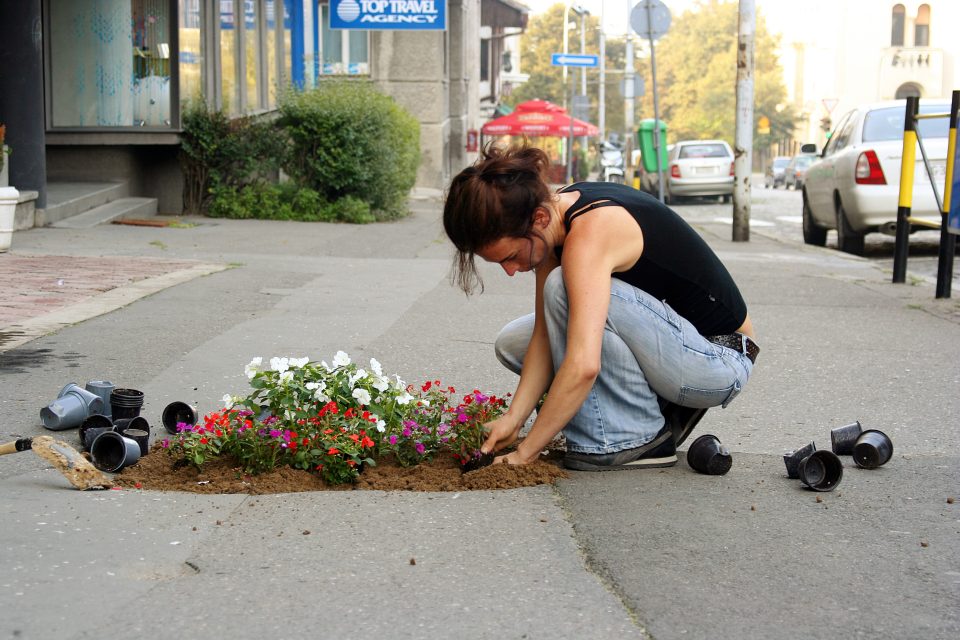 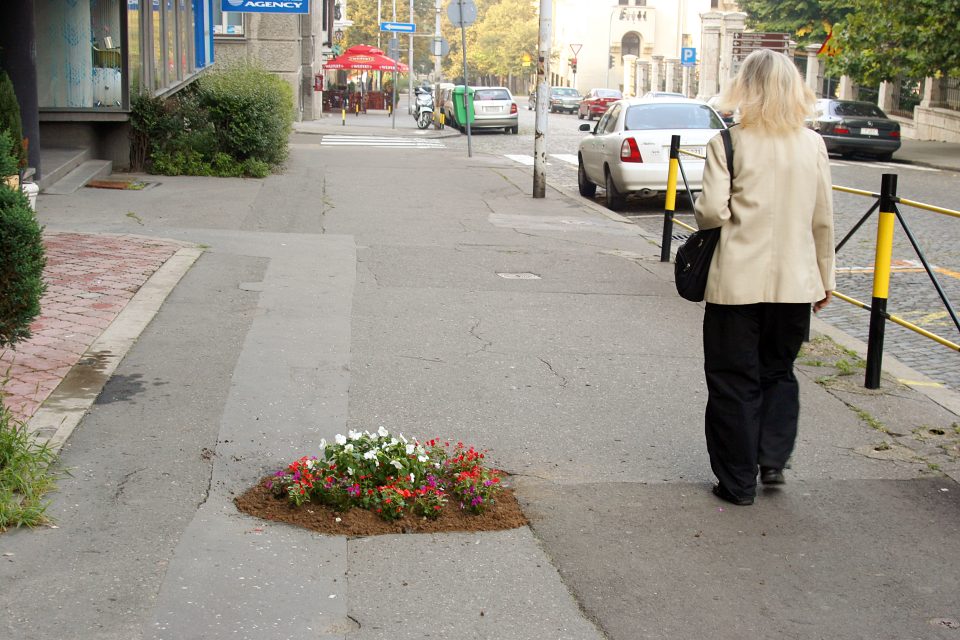 One of Cibulka’s trails leads into Kralja Petra Prvog, which is among the oldest streets in Belgrade. The surrounding area is full of historic buildings: the first official pharmacy, the oldest cafe, the first hotel; underground, there are even remains of Roman settlement. Tourist guidebooks praise the architecture as an exemplary conglomerate of Balkan and Central European elements. And yet we find almost none of these urban and tourist superlatives in the 2005 video Kralja Petra Prvog 10a.
The first few seconds show a rather unspectacular sidewalk, asphalt that has been repaired many times over, a deep pothole in the middle. Suddenly, a young woman begins to fill this crack with soil. Her movements are concentrated and quick; she seems oblivious to passersby around her. The “job” is done as precisely and as straightforwardly as possible. It isn’t until the surface is smoothed over and planted with small, colorful flower vases that the intervention becomes clear. The inconspicuous place – technically a “flaw” in the street, is changing. Its purpose has been altered, and it becomes charged with new meaning. The calm, staid flowers in the pavement stand in a strange contrast to the usual pictures of tough and wild Belgrade. The image that lingers in one’s mind is that of a defiant, urban still life, as a temporary and thus fleeting trace inscribed in the street. 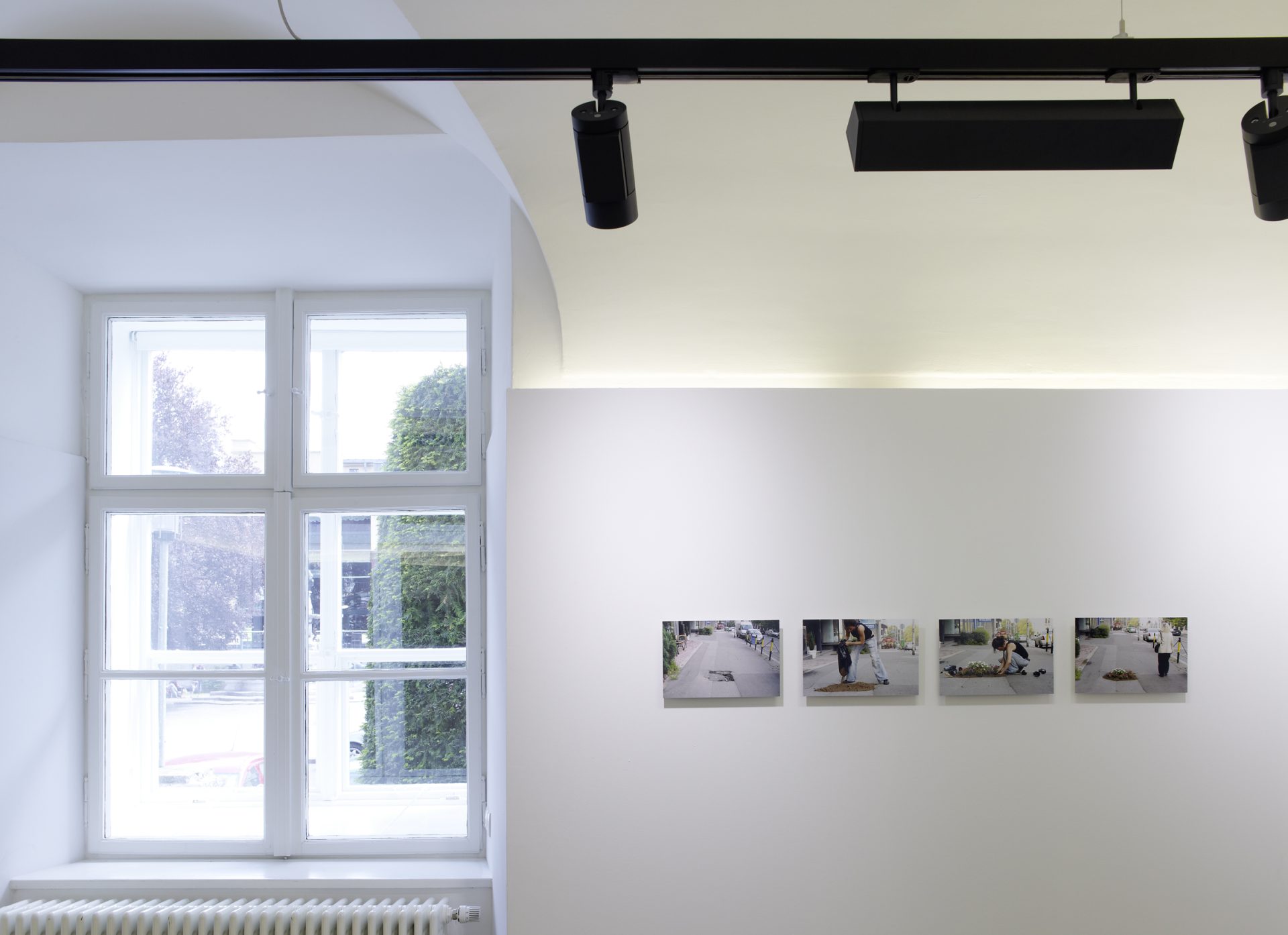