Hind - a fictional story about a real woman 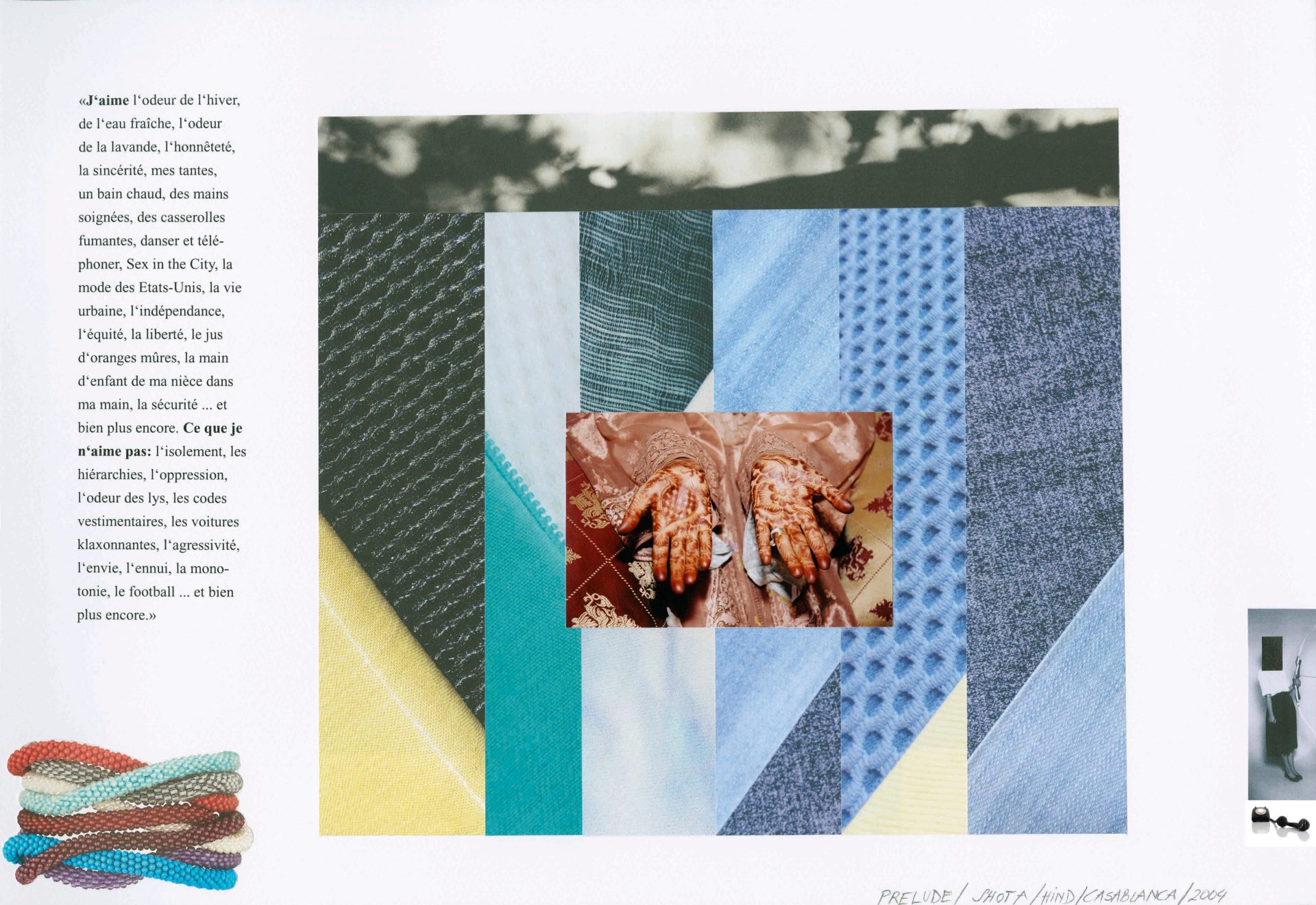 The story of the Moroccan woman Hind, who enters into a “glove marriage” with the converted-Muslim New Yorker Mustapha – a wedding, in other words, in which one part of the bridal couple is not personally present – is realized as a kind of storyboard in a 4 -part series of collages.

Katharina Cibulka, who happened to be a guest at a celebratory and traditional wedding ritual in Casablanca in 2004, continues the story of the wedding pair who found each other through the internet and by telephone. Cibulka’s collage also includes fictional elements, and combines these with real photographs from the 2004 wedding – the picture of the bride’s henna-adorned hands, for example. Supposedly autobiographical texts in the bride and groom’s respective languages interpret the intentions and motivations of both, and yet they are imaginary. The 4 collages (each individual collage can also be decoded as an image in its own right) also contain symbolic elements: telephones as an eternal line of connection, ropes of pearls as the embodiment of purity and love, fabric as a medium of structure and variety, pictures showing art-related activities of the 20th century, etc. In this way, the cycle of collages reveals a complex system of relationship models and visualizes the highly relevant issue of globalization in society. As a marriage portrait that has been expanded by artistic imagination, the personal, real story of a couple – one marked by foreignness and individual longings – comes to reflect the heterogeneity of modern generations.
Cibulka’s personal wish – to meet or contact Hind, who is now a mother of two and lives in New York – has yet to be fulfilled. 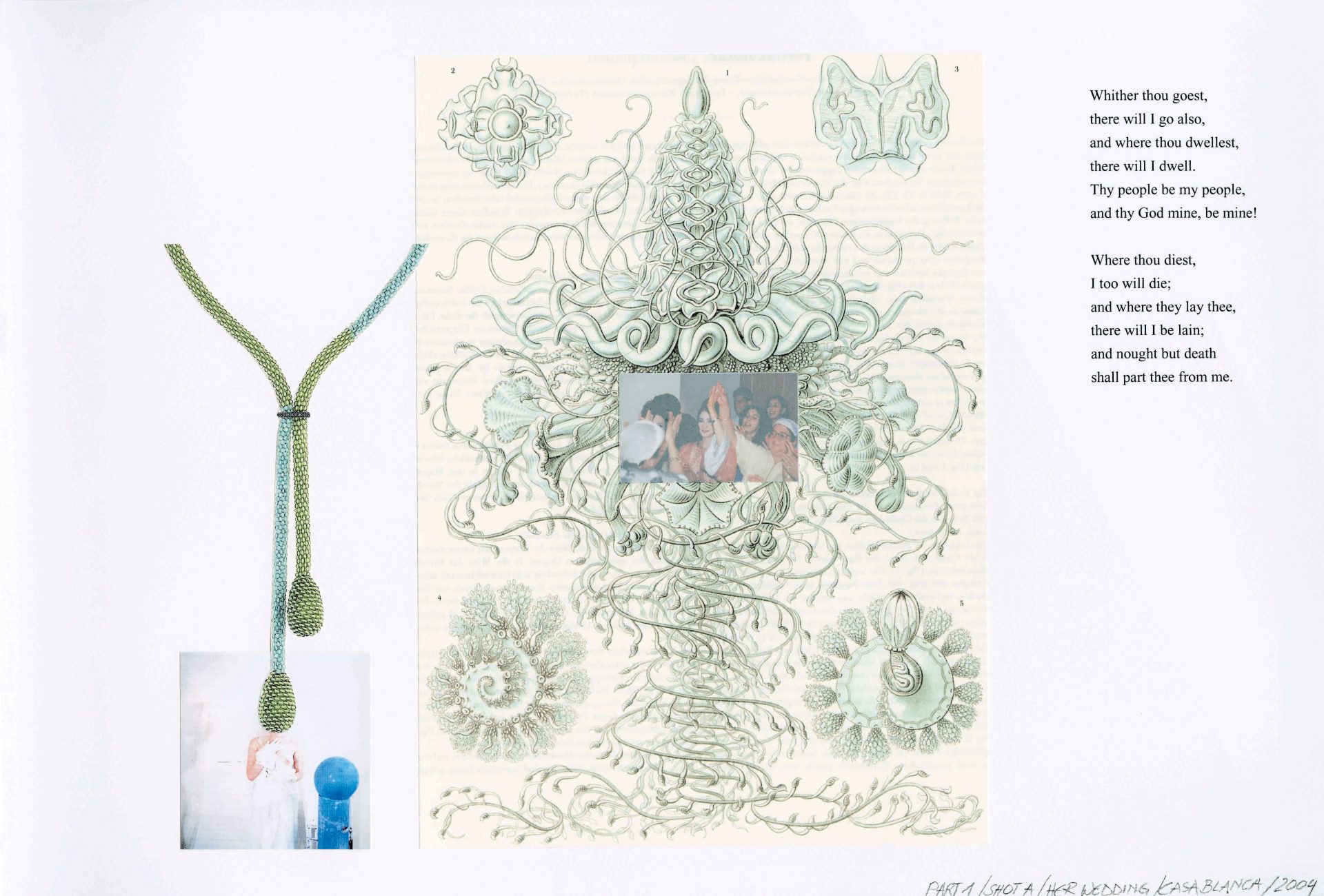