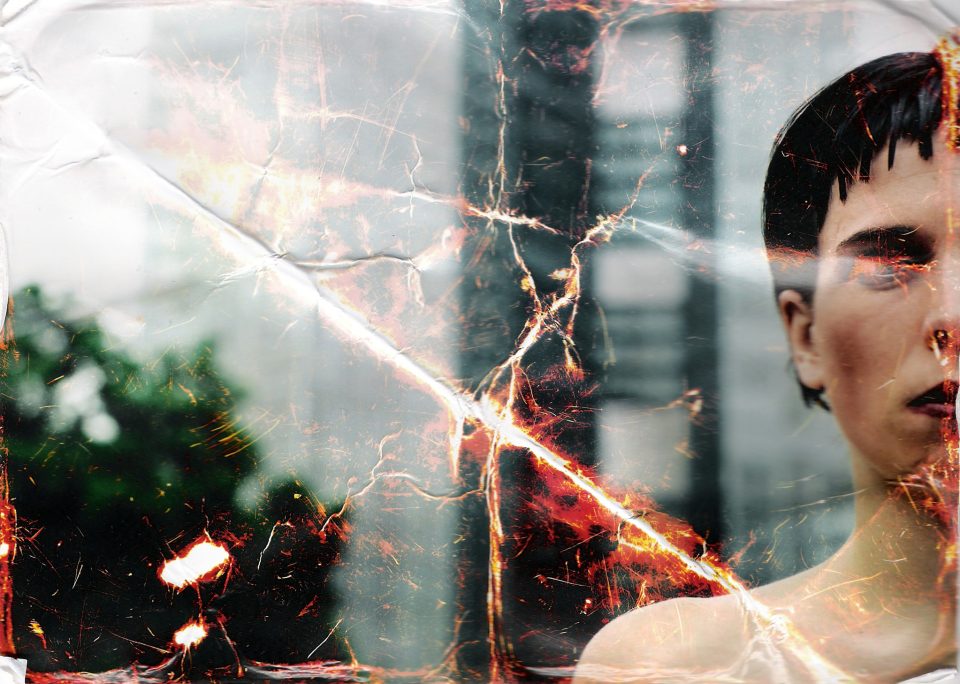 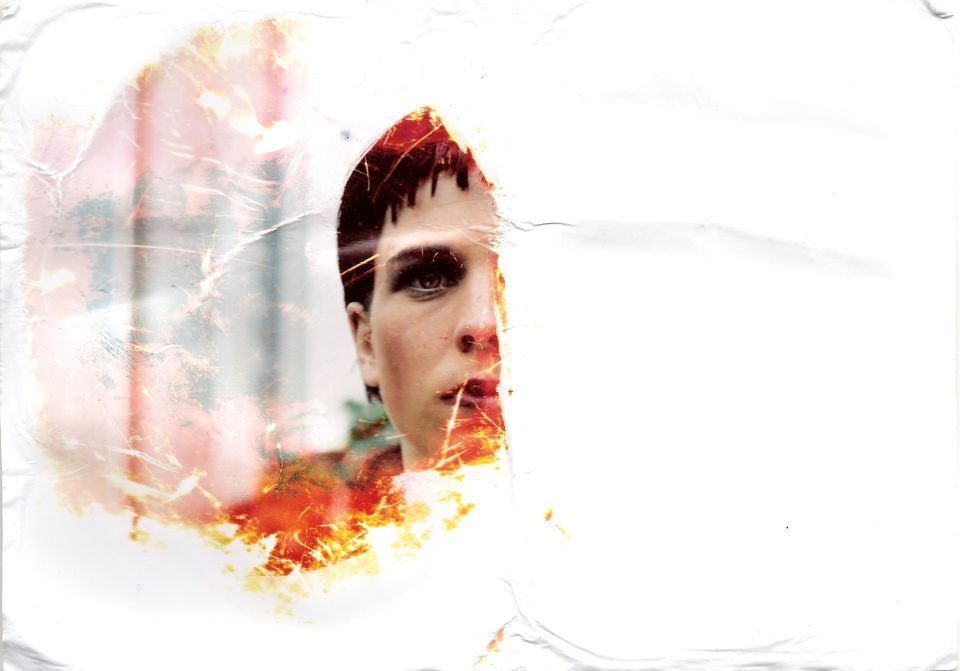 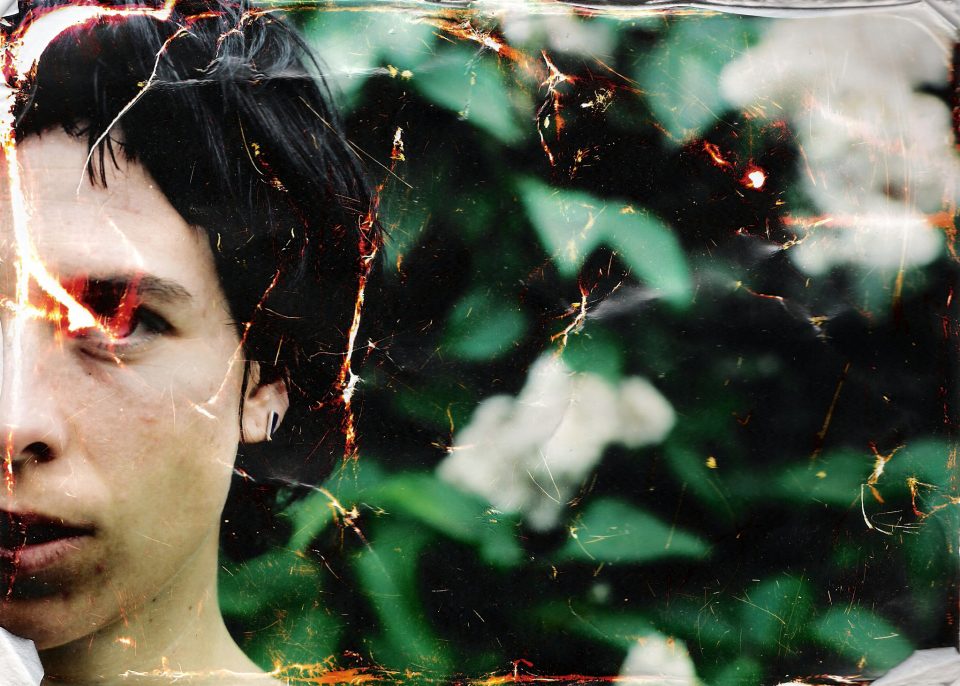 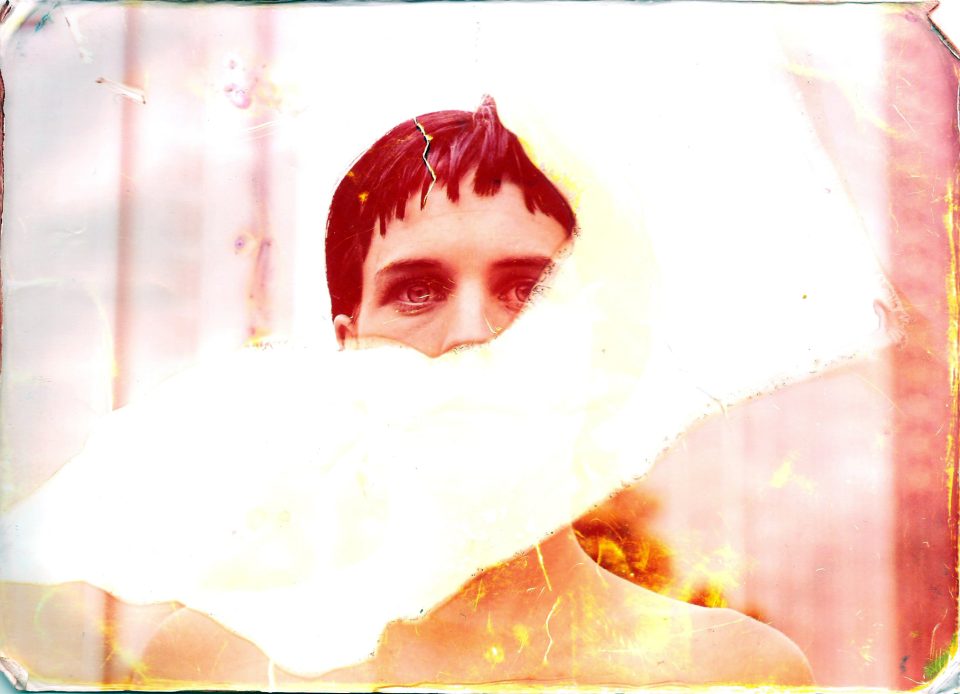 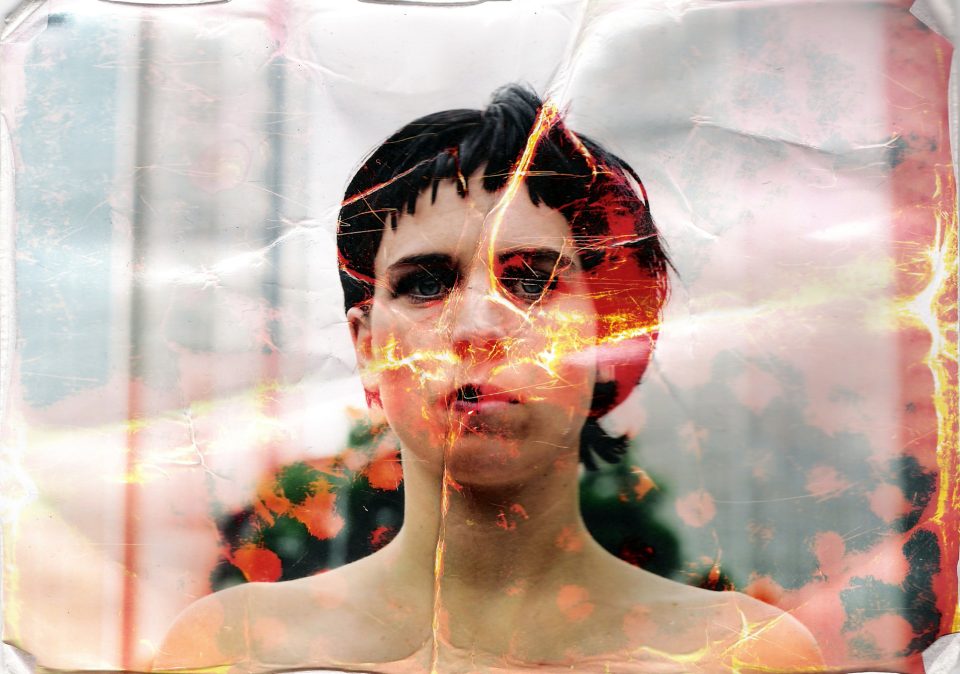 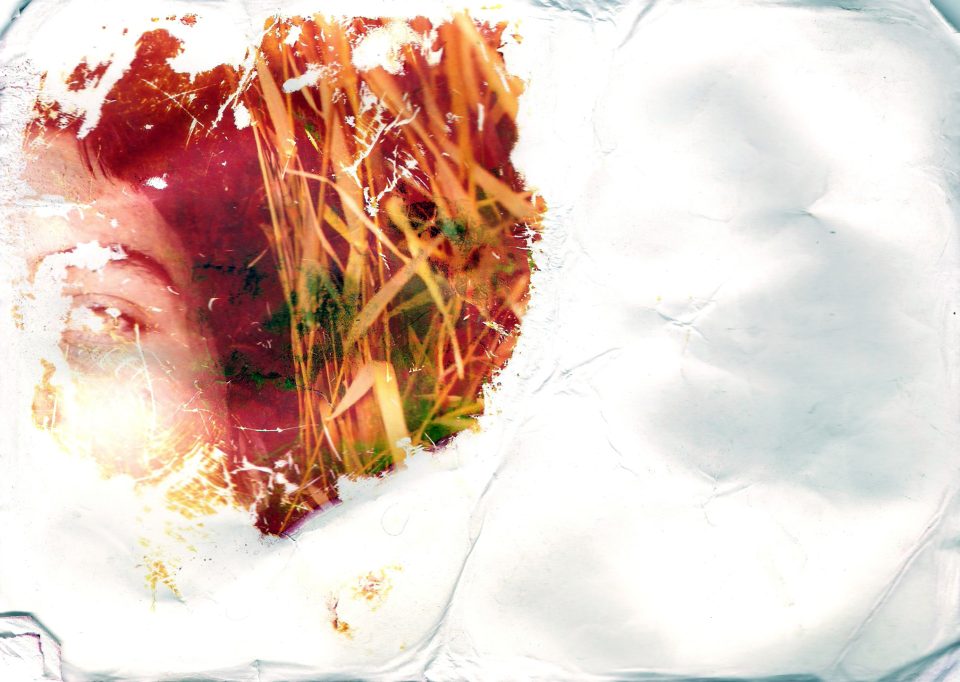 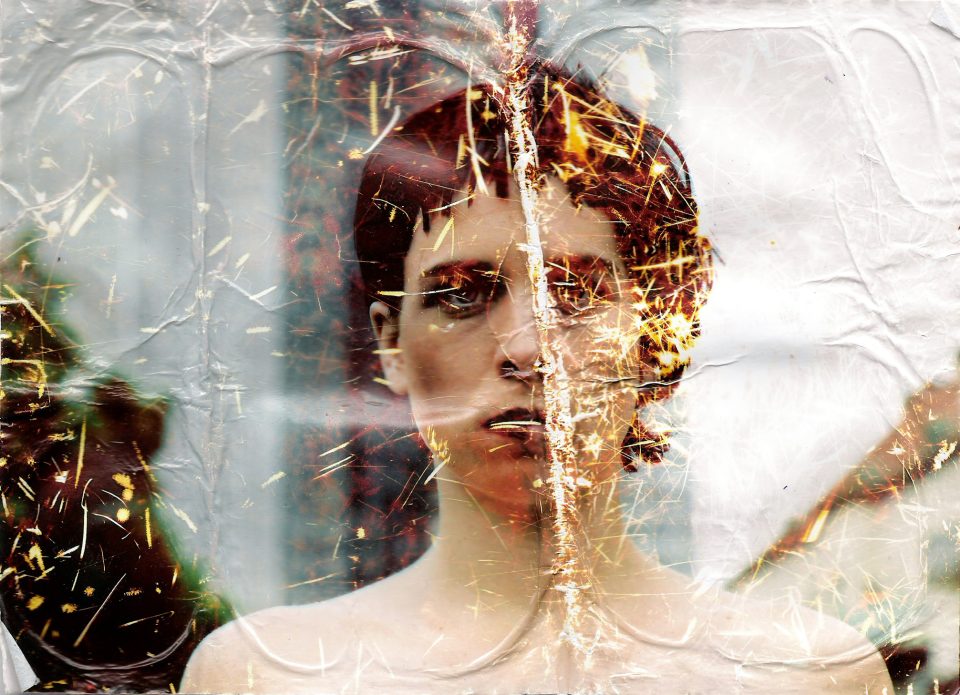 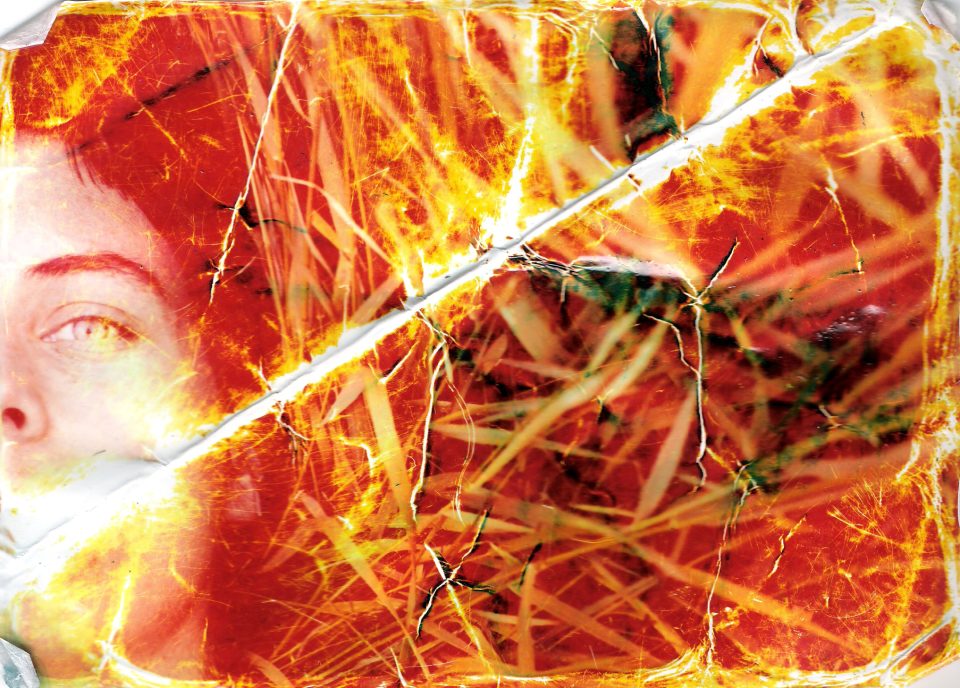 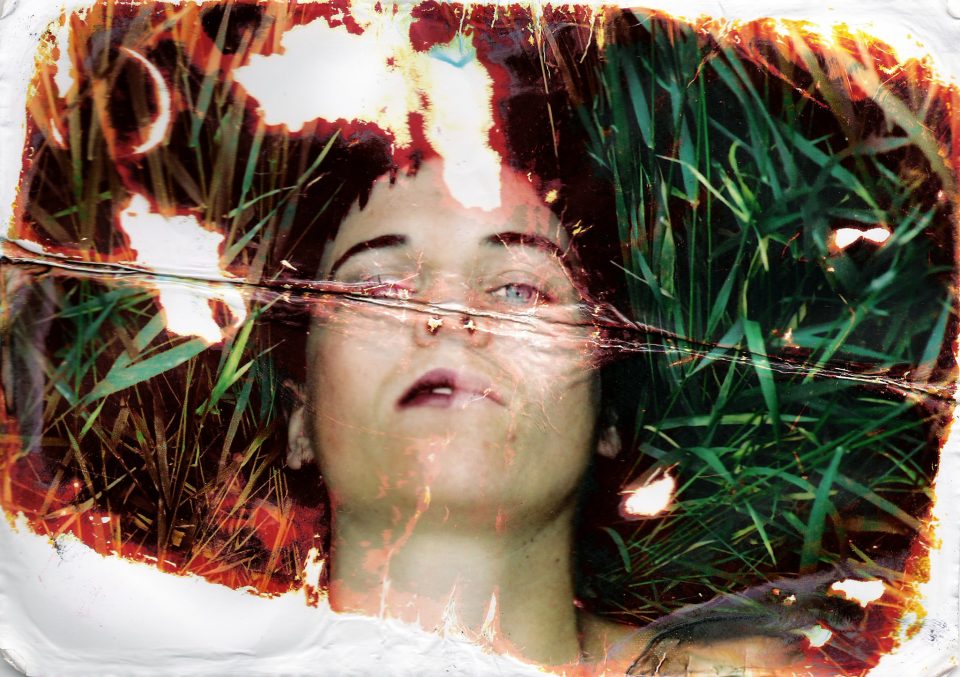 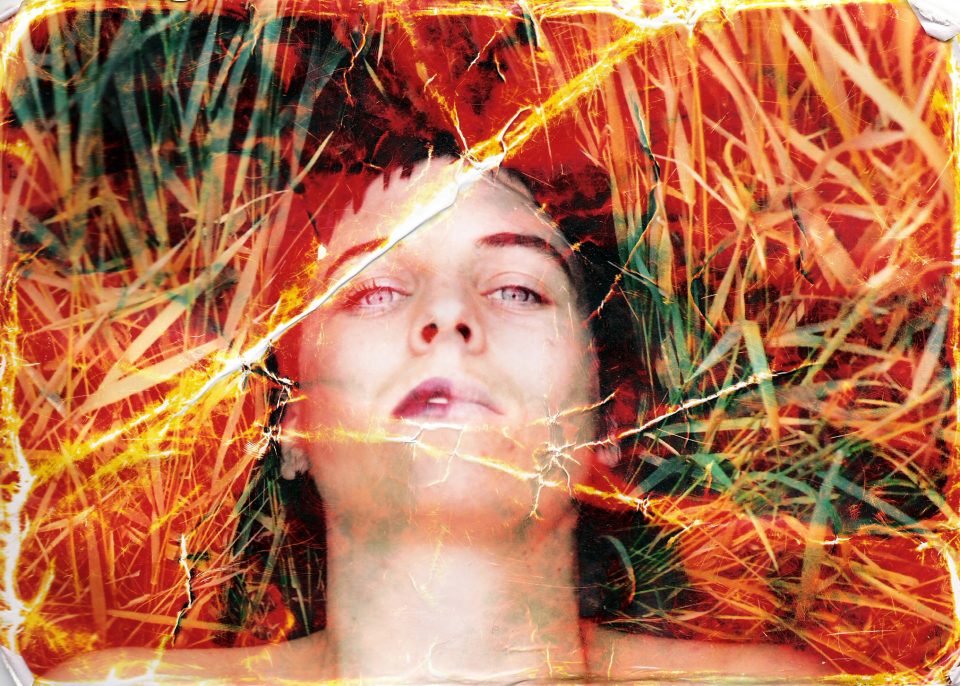 A series of photographic self-portraits shows Katharina Cibulka directly facing the camera, making eye contact with the viewer in 11 different variations. Yet her face is highly fragmented, first through the compositions (which crop parts of her face at times) and second through a process of modification to the analogue color photographs, making them appear flame-scorched or burned. But the first impression proves to be deceptive. It wasn’t fire that caused this jarring transformation, but water – a wash at 90°C in the washing machine, to be precise.
The photo series as a document of self-expression and self-reflection continues the legacy of traditional artist’s self-portraits, though the complexity of these reflections quickly becomes apparent. The artist is wearing make-up, but only on half of her face. She deliberately juxtaposes her natural countenance with an artificial complexion that is subsequently blotted out again – deconstructed by the wash cycle. The notion of “whitewashing” an artificially-constructed image is taken literally, and realized as a demonstrative encroachment on the object’s materiality. “Masking” with cosmetics-industry means is thrown into question, deconstructed at 90°. Associations of a purifying or cleansing wash are expanded through a creative process, a modification of the material, a destruction of the image with a simultaneous change in color and form. The pure image – divorced from the simple portrayal of one’s own person – disappears in parts, and becomes the ephemeral subject. The experimental intervention of “washing” – recalling the water bath used on all analogue photographs during developing – includes elements of chance as a key design element in the production process.
With this series of photographs, Katharina Cibulka not only reflects on the traditional artist’s self-portrait and roles assigned to women in society; she also expands the works’ materiality through the use of an unconventional technique. Thus transformed, the analogue photographs take on a sculptural aesthetic driven by an increased awareness of their material presence.