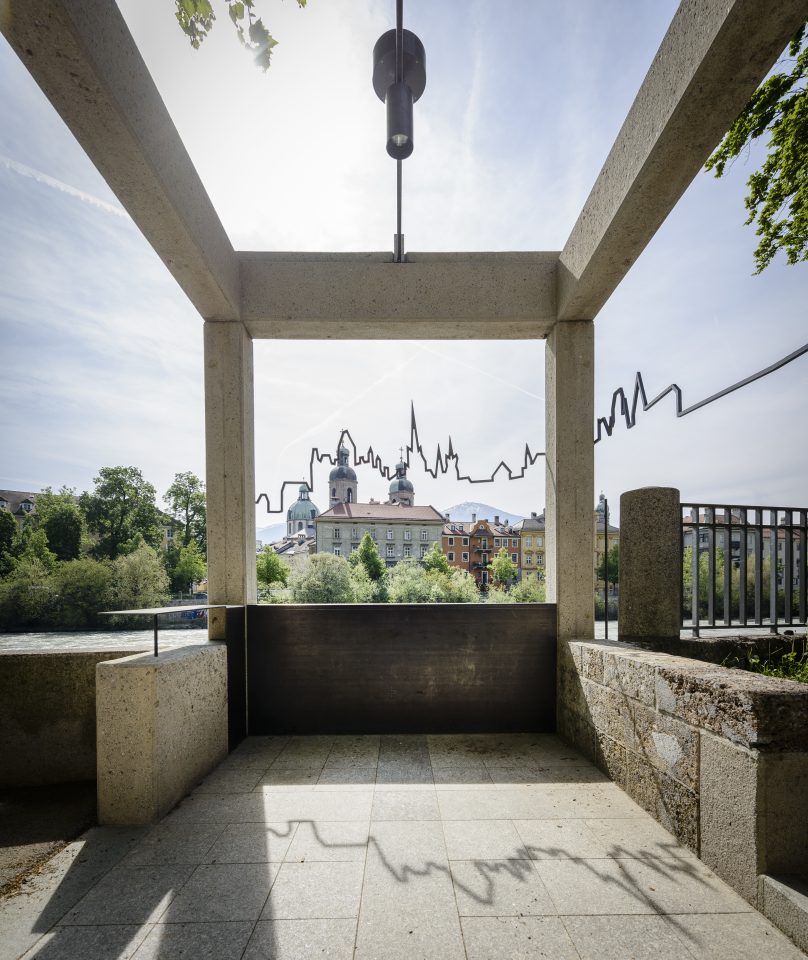 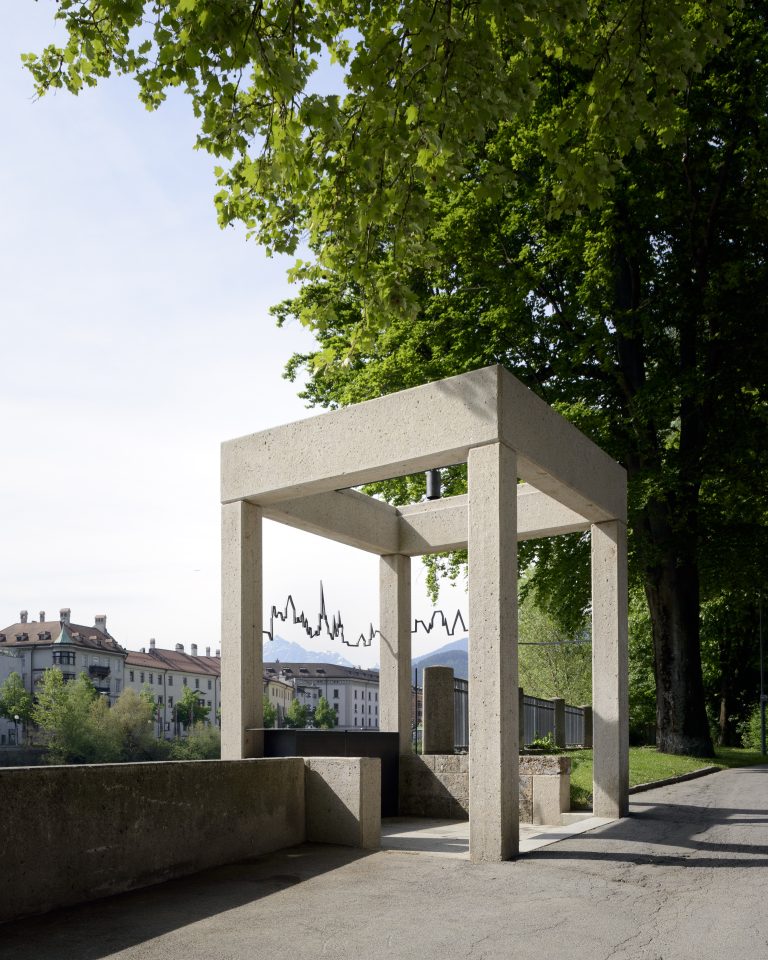 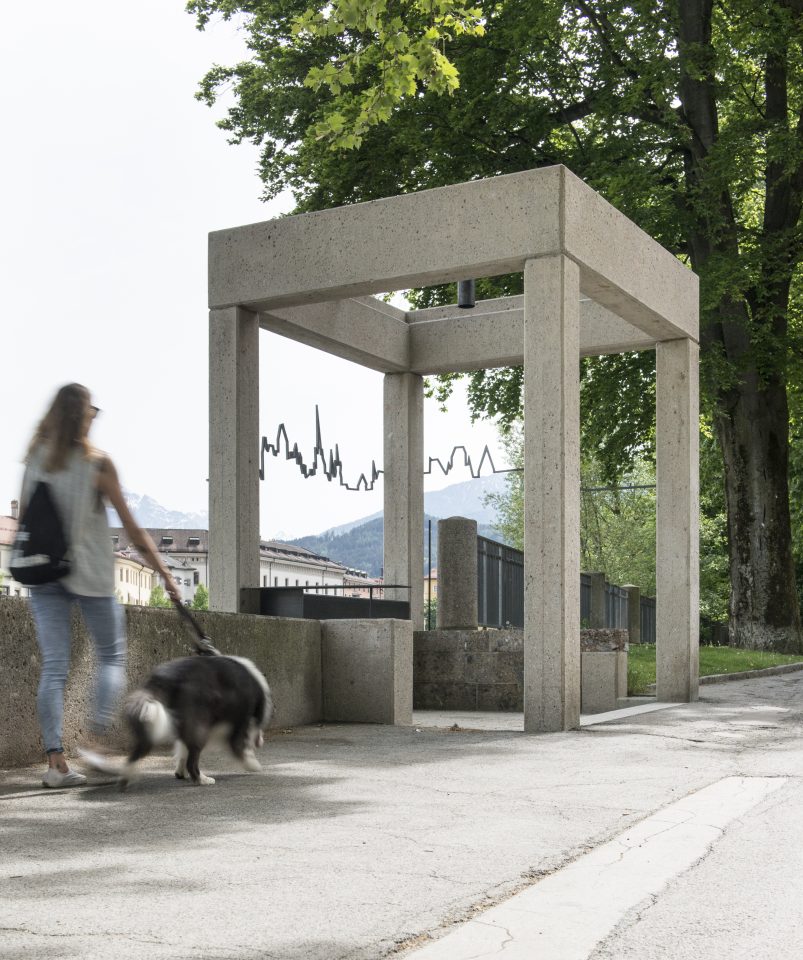 In 1495 Albrecht Dürer traveled from Nuremberg to Venice and along his route stopped over in Innsbruck, creating the oldest existing city view as a watercolor during his stay. Visible in it are the old town as it was at the time, including the scaffolded Heraldic Tower, the Gothic parish church of the city, the Herbal Tower, as well as the mountain landscape in the background. Emperor Maximilian I. presumably commissioned his court painter Dürer with the execution of this work.
It is likely that Dürer sketched the cityscape on-site and subsequently finished it in his atelier in Nuremberg. The original ‘Innsprugg von Norden’ (‘Innsbruck seen from the north’) measuring 12.5 x 18.5 cm is today to be found in the Albertina in Vienna.

In 2015 artist Katharina Cibulka and architect Silvia Boday will redraw the contours of the Dürer aquarelle and fit them as a steel construction into the existing concrete pavilion thereby enabling viewers the unique opportunity to see with eyes of today an abstract view of Dürer’s cityscape from times gone by.